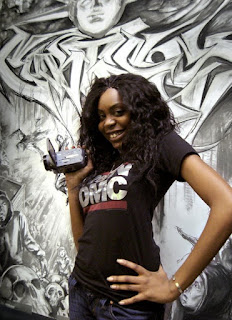 This past weekend was so unforgettable!

It all started with a quick train ride to Greenpoint/Williamsburg Brooklyn. I had the pleasure of experiencing a Kaiju Big Battle.

Kaiju Big Battle is defined as "a modern conflict of epic proportions.......maniacal villains, ominous alien beasts, and gigantic, city-crushing monsters who are fighting for control of the globe....."

Basically it's men in giant costumes, wrestling around w/ cardboard buildings. It was sooooo much fun to watch!

I have a video that'll be posted up this week showing you guys what Kaiju is all about. 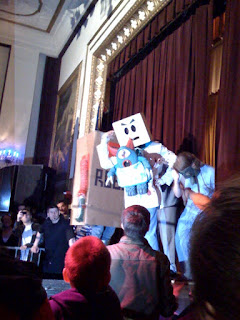 On Saturday, I had so much fun at a friends birthday party.... the celebration was for one of the greatest graff artists' eva; Meres - we had such a party super party - the vybe was reallll sweet.
It was at a bar in LIC right next to 5 Pointz.
Lot's of booze, black books, and freestyling.

I have a video coming up for that too. 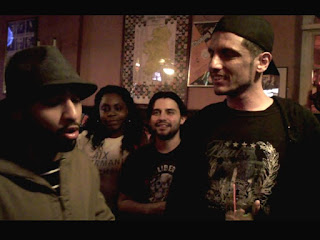 And on Sunday.....I accompanied Chris Cortes to a photo shoot.
A photographer named JJOne came all the way from Paris with his lovely translator Twine to shoot some NYC artists and Chris was one of the artist being photographed.
They got some great shots of Chris doing a charcoal piece. I'm also in some of the photos since I was there filming.

The best part of the day was that we were not only with a photographer but we were on set for Day 26's music video. Chris' long time friend Daniel Hastings was directing the video.

It was great to see everyone from the shoot crew, to the guys in Day 26, the models, and Dawn from Danity Kane going crazy over Chris' art. 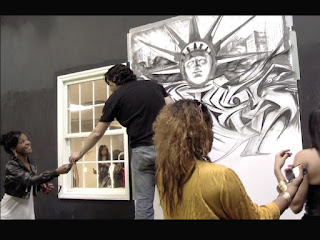 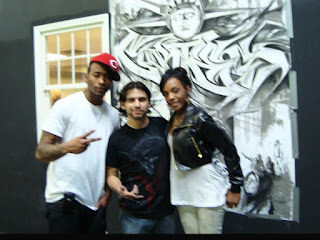 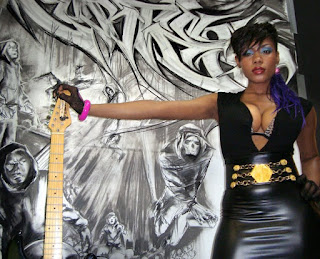 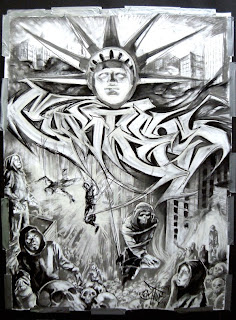 A video for Chris' photo shoot will be up soon also.

STAY TUNED FOR ALL THE VIDEOS!
Posted by Tameeka Time at 8:37 PM