This past weekend... I had a blast... I know a lot of people went out of town for Memorial Day Weekend (hmmm.. day weekend...lol) but I did not!!

I stayed in the city and had such a great time.

Starting off with Friday night... I had a blast at my first ever Rooftop Film experience... I had the pleasure of going with my some special peeps... not to mention, Blogger Extraordinaire Patrice and Super Incredible Photographer Jerome aka Newsy. (They both are featured on my favorite podcast Keith and The Girl).

Rooftop films summer series is like drive in movies without the cars, plenty of blankets, amazing roof top spaces and a bunch of underground short films.

This event was held on the Open Road Rooftop above New Design High School, the same place I filmed Cortesnyc painting about 3 weeks ago... that place is amazing and filled with top name graffiti artists. 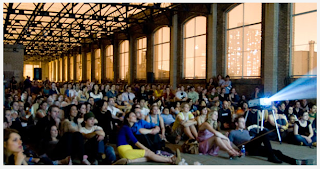 Last Friday's Film theme was "Romance". My three favorite shorts of the night were:

Runar Runarsson's film 2 Birds - a story of 2 young kids getting way over their heads at a mature party...sex, drugs, and no rock'n'roll... 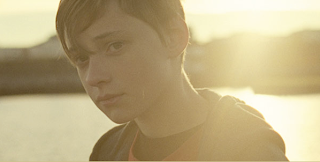 Jessica Yu's film The Kinda Sutra - a cute 8 minute doc that told different stories of how people learned about sex and where babies came from... 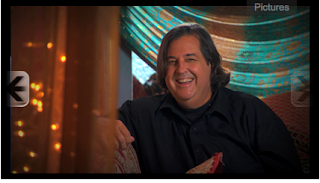 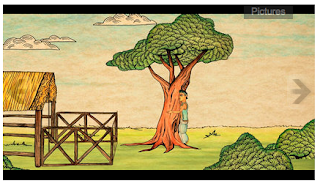 Jill Orshel's film Sister Wife - an interesting 10 minute documentary about the life of a polygamist woman who shares a husband with her biological sister.

I really enjoyed Sister Wife because of the controversial storyline and my recent obsession with the HBO series Big Love...

I really recommend everyone going to at least one of these rooftop film events. It's cheap, you get to see a number of amazing short films, their rooftop locations are refreshing, and there are so many people to meet at these events.

I believe that this festival will be going on until the end of June.. but check out the website for more info... Rooftop Films

And...... after all was said and done,,, Patrice introduced Jerome and I to Momofuku's Milk Bar.... we got sour gummy flavored ice cream.... it was simply delicious. 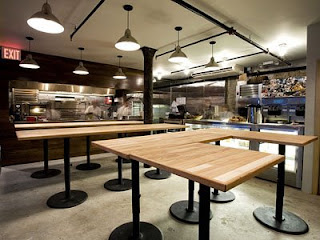