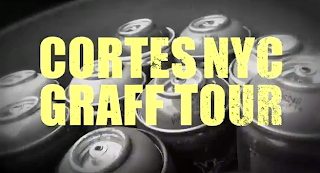 Back in 09, a few graffiti artists by the name of CortesNyc, Bad6, and Blen167 toured Europe.

Even though I was unable to attend the tour and record, Cortes was able to capture some great footage.

Check out the latest video I helped out on, it's CortesNyc's Graff Tour Part 7 (this is a continuation of his world tour/world domination)

I'm pretty excited about this video because it's the longest video we put together and we're calling it our first mini-film :)

There's a super awesome intro, dope walls, mini interviews and there's even outtakes at the end of the video.

I guarantee you'll enjoy this one!

And because of this footage I so want to go to France sometime soon. 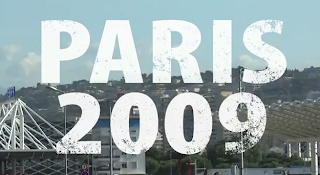 All music and visual treatments done by the master himself CortesNyc.

Enjoy and all comments are welcome.

Look out for CortesNyc's Graff Tour 8, we're working on it now...