Shit Girls Say features creator Graydon dressing up in drag. This video is a visual interpretation to the twitter stream the two guys created which is also called @ShitGirlsSay. This twitter page consists of random 'girl talk' statements such as "i just love tiny things" or "you look like you need a hug."

With-in a month their video went viral, giving them millions of views but most importantly it has started an internet revolution.

A few average YouTube users saw this concept of having a guy dress up in drag and make fun of girls and ran with it. Everyone who is on the Internet has seen at least one of these "Shit X & Y Say" videos.

Now that people have basically covered every race and every type of guy/girl there is, video creators moved on to "types of people" and my favorite one so far in this category is "Shit New Yorkers Say." Every time I've watched that video I end up laughing and thinking of how many times I've cursed at a train or yelled at a tourist for being in my way.

So the other day, I was talking with my producer; Cortes and I said an off-the-cuff comment and he jokingly said you should make a "Shit Tameeka Says" video and then we laughed it off and kept on working.

The very next day while I was at work it crossed my mind to search "Shit Graffiti Writers Say" and my video search had no match. That's when I instantly sent Cortes a message about the idea and from then on he reached out to our friend MeresOne (the curator at 5 Pointz in LIC) and we scheduled a meeting, a shoot (which was this past Saturday) and we got a few guys together and recorded. Last night (Sunday) I broke night editing the video together with the help of Cortes' graphics,  color treatment and audio clean up.

If you know anything about me, you know that Graffiti and 5 pointz have been an important part of my life and I have so much respect for graff artists and I thank them for all of the good times and for always letting me document them. 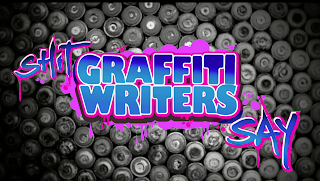 Even if you're not a graffiti writer or know certain things about graffiti it's still something everyone can enjoy. I had such a great time putting this video together. I hope you enjoy!

Shout out to everyone who helped on the shoot through post production:
Meres One, CortesNyc, Zerock, Collen Dubose, Dane2, and Bobby.
Posted by Tameeka Time at 5:53 PM No comments:

Have a lovely day :) 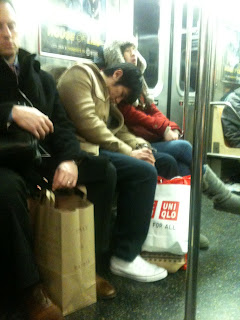 Posted by Tameeka Time at 8:54 AM No comments: