For the past three years I've heard so many good things about the NYC Coffee and Tea Festival.  So this year being the tea lover that I am I decided to invite my coffee loving buddy Kelly to come along and see what this festival was all about. 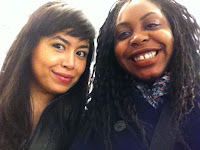 The festival took place in Manhattan (West 34th Street) near the Empire State Building and started at 11am. I showed up around 1pm due to train delays and a necessary Zumba class yesterday morning and that was a bad idea. There were no more goody bags left by 1pm.  For those of you going to the Atlantic City festival and for those New Yorkers planning on going next year, get to this event early because I hear the goody bags are a coffee lovers dream.

Since we discovered early on that we would not be getting any goodies, the snack lines and delicious coffee aroma kept us in good spirits and the friendly tea makers and coffee connoisseurs were so helpful.

I can say that there was no tea I disliked.

My favorite was an African rooibos blend on ice by the T Salon. I ended up purchasing a large rub of Lemon Mango tea from the t salon and I did have to stop myself from buying tea pots along the festival walk. My advice is to see everything first then make all of your tea purchasing decisions :)

There was just one coffee (well it was really a tea) that wow'd me at the event and it was by a company called Tea Bean. What I sampled was the "desert tea" which was made from white coffee beans that were baked rather than roasted. It had a really interesting flavor and this a coffee / tea mix that I could enjoy daily!

I also enjoyed all of the Korean teas, Turkish coffee's, and chocolate snacks. 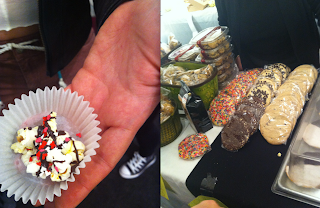 The few espresso's I tried were intense. I'll probably be awake all night tonight from those 2 shots I took. 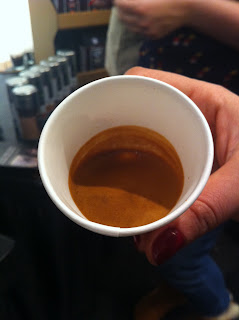 I also was pleased by the Palo Mamajuana root tea I tried, it was tasty, healthy and sweetened with lavender! 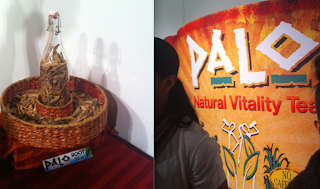 After the tastings, Kelly and I sat in on a few coffee talks and tried to get a peak at the Barista contest but it was very crowded. 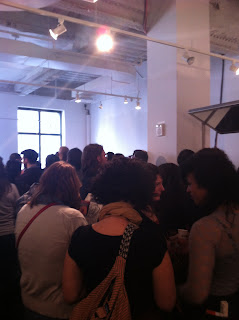 I was a little surprised that there was no boba tea at the festival, but since I now live in Flushing, Queens I can have boba tea at any time :D

All in all I had a blast and left with a list of good teas I'll be stocking up on!

Here's a little video I put together of the festival, it's a quick walk through.