Justin Timberlake is Back!

The guy above standing in a wet t-shirt and a guitar on his back is Justin Timberlake.

Justin Timberlake is a singer / actor who was apart of one of the biggest 90s boy bands in the US; Nsync. Justin left his boy band days behind since 2002 and has made a name for himself as a chart topping singer and as an actor. 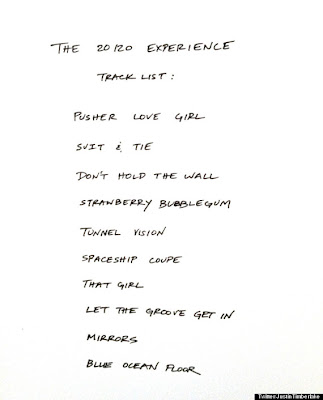 Two of his songs that I consider my favorite are Rock Your Body and Sexy Back.

I respect him for taking time off from singing to try acting and actually becoming successful at it. He's not the best actor in the world but I did like him in The Social Network. 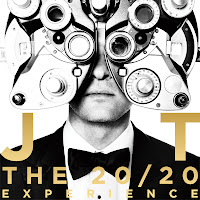 This is going to be a great year for music, a few musicians that I love are releasing new albums, like The Yeah Yeah Yeahs, and Queens of the Stone Age.

Yesterday Justin who is newly married tweeted about his new album cover and track list for The 20/20 Experience. I'm pretty pumped about it.

And if you haven't heard it already -- here's his first single off of the album called "Suit and Tie."