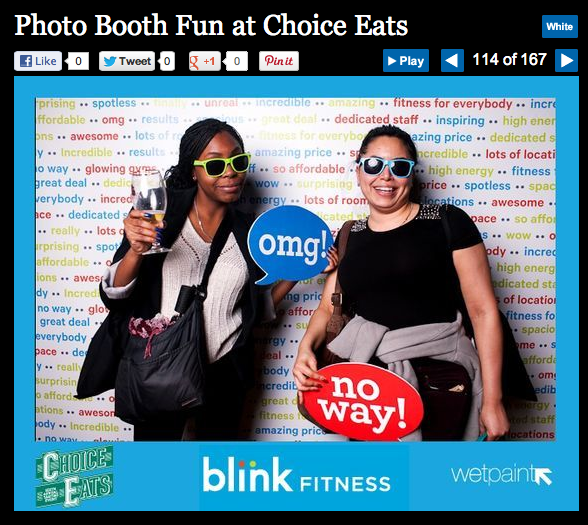 This year my foodie friend Kelly and I finally scored tickets to Choice Eats.
Choice Eats is a food event hosted by the Village Voice and features over 50 restaurants that are known as New York City's "hidden gems." Last year we tried to get tickets but they were sold out, so this year (our first year attending) we were very excited about going.

We decided to meet up at the 69th Armory on Lexington Ave a half hour before the event started. That was a big mistake! The line went around the building in a complete circle. We waited an hour in the cold to get into the event. Once we were in we were pumped and ready to taste all of the foods the vendors offered. 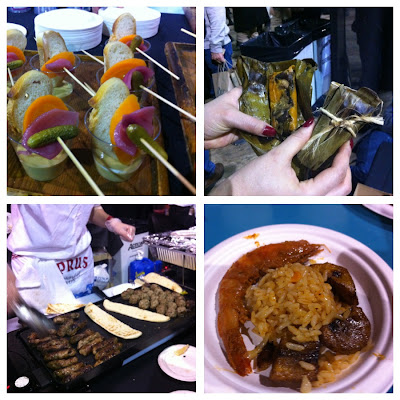 The tastings I enjoyed were from Banana Leaf, Fanny, Anella, SCRATCHbread, Black Shack Burger, Lucky 777 Chili, Peppa's Jerk Chicken, No. 7, Nom Wah Tea Parlor, Luke's Lobster, Butter & Scotch, Robicelli's, Fay Da Bakery, and my top top favorite: Mexico Lindo. I was so full when I left the event I couldn't even think about food or snacks until the next morning. And the wines and vodka samples that I tried were delicious. This is an event that every New Yorker should experience at least once. 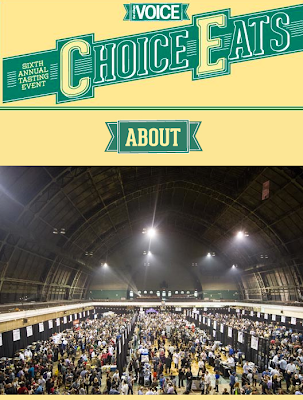 3 - Come hungry. (Be sure to have an empty stomach when you walk in. There will be food every where you turn.)

5 - Have a beer or water first. (Before you start eating grab a beer and if you don't drink beer grab a water, you will need it.)

Next month, Kelly and I will be attending Choice Streets --- the sister foodie event of Choice Eats. It is also a Village Voice event. This time around we'll be tasting foods from 25 of New York City's favorite and highly sought-after food trucks. Tickets are still available for Choice Streets if you live in New York and are interested in going.